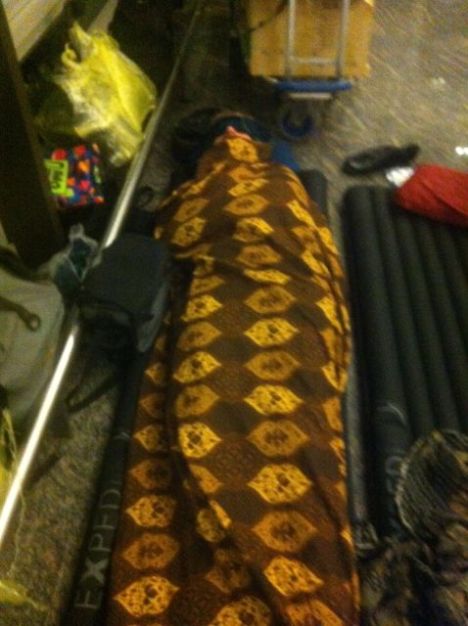 I would be lying if I didn’t admit that I was glad to get to Singapore and out of Indonesia. I think it was a combination of knowing that we were leaving, having been sick in the week leading up to our departure, not having slept much and the run of bad luck we had had that made me keen for a fresh start. Also, Singapore was a return to anonymity, which in itself was a relief. Don’t get me wrong, I love Indonesia and the longer I stayed, the more at home I felt, and the more I appreciated it. But it was nice not to be stared at, shouted at, or to be the centre of attention anymore.

Getting ready to leave – or so we thought

Unfortunately our first day in Singapore continued with our run of slightly bad luck. Rising around 5am from our camp in the departure lounge, we wearily put the bikes together over morning coffee and hot chocolate and way out of the airport for the cycle into the city. This was not to be. A security guard informed us that only motorised traffic was permitted within one km of the airport, and that the police would stop us if we tried to cycle. He suggested we take the train. So we dragged our bikes to the other terminal and attempted to catch the MRT. Another fail. Bikes are banned from trains here. So we tried to get a taxi, only to be told maxi taxi’s don’t really come to the airport unless they are ordered specially, and to do that you must pay $60, which is a huge chunk of our weekly budget. By this time it was 9am and we had had about 3 hours sleep in the last 26 hours and feeling pretty over everything and not in the mood to deal with the police. So we caught the overpriced taxi to a hostel that gave half price rooms for bike tourists; sleep and food was on our minds. Only the hostel was in the process of moving and not open. We could do nothing but laugh and wonder what had happened to our usual good fortune. So we spent the next 2 hours traipsing around trying to find a hostel, many were too expensive or freaked out about where to store our bikes. Finally however we found ourselves a room, showered, ate and collapsed into bed around 3pm. 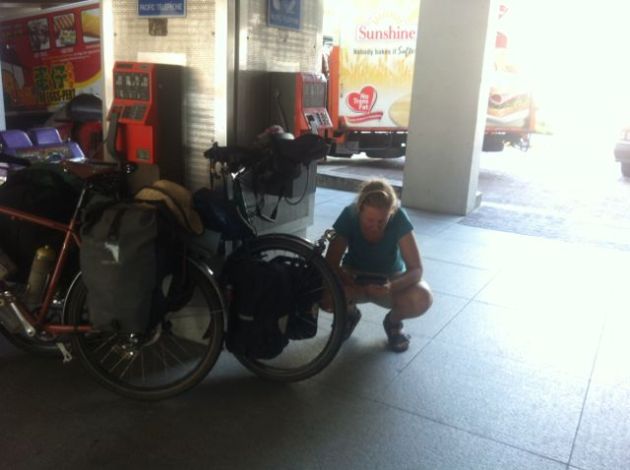 what do we do now? nowhere to go, considering our options.

In the evening we woke up, somewhat refreshed from our nap and ready to explore Singapore. We had never planned to go here but I am really glad we did. Singapore is an amazing city. A mixture of grand colonial buildings and mind boggling modern architecture. After Jakarta, which to me reflects the worst of what cities have to offer, Singapore, at least from an ascetic and public infrastructure perspective, offered the best. It’s a beautiful, clean city. There is good public transport, green spaces and a real fusion of east and west. Although Indonesia is a vast and traditionally diverse nation, it appears it is slowly becoming homogenized, as cultural traditions fade with the generations. (although we did get told efforts are being made to reverse this) Singapore’s diversity is much more overt, Chinese, India, Malay and a multitude of westerners, to mention a few. There are however major issues with democracy (of lack there of) in Singapore, like protests essentially being illegal. These are the things that fascinate me about a place, something I was always trying to gauge in Indonesia as well. Only here it was easier with English being the major language. Still, we were not in Singapore long enough to get a real grasp on the situation and for the casual observer it is beautiful place where cultures and religion appear to live in peace and tolerance. 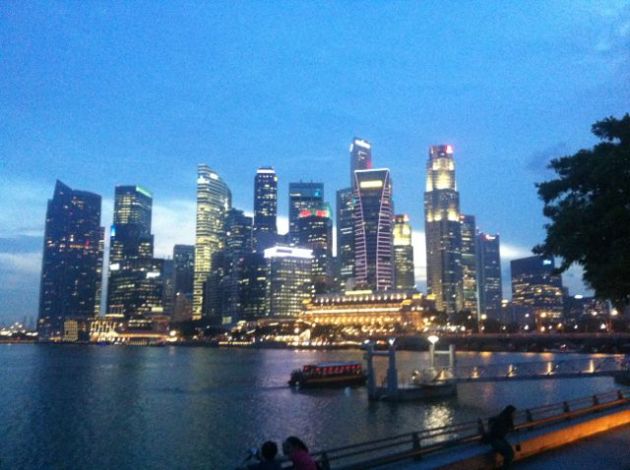 We cycled through the darkening city on that first night, marvelling at the bright lights and feeling slightly culture shocked at being back in the ‘developed world’. We visited the Asian Civilisation’s museum as it was half price after 7pm and completely amazing. Both of us could have spent hours in there. Aside from culture and shininess, Singapore is renowned for it’s food. It was fantastic trying a new range of delicacies and we treated ourselves to steamboat that first night. It was good to be in a new city and we both felt now that we were basically on the same land mass until we cross the English channel, that a new chapter in our journey had begun (I know Singapore is technically an island, but it doesn’t pose any of the same hurtles).

The following day we trekked through Little India, indulging in delicious roti before cycling over to meet Jon, a guy we had met trekking on Rinjani months before. Jon is English but has been living in Singapore for a few years. We exchanged photos and drank gin and tonics while overlooking the city from his very nice condo, how very English. Then he treated us to a delicious brunch, involving all of the things I had missed for the last few months – non sweet bread, latte’s, avocados and cheese. Yet another example of the great people you meet while travelling. Next it was off to meet Kristel and Pieter, our second ever warmshowers hosts. They lived in a great apartment and were a very awesome couple. We had such a lovely time, sharing cups of tea, beers, dinner and great conversation. 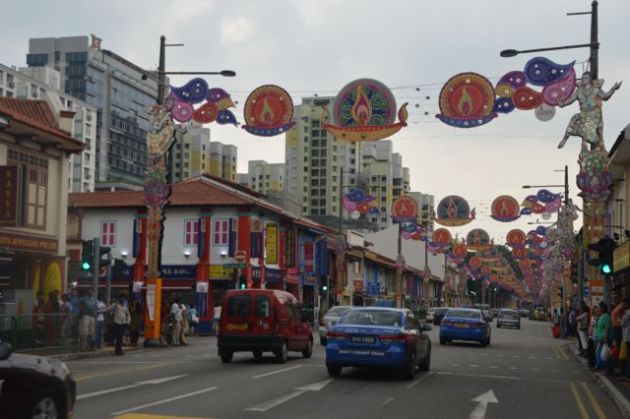 The old & the new

I will admit I love birthdays and my 30th was no exception. The morning was spent skyping friends and family amongst copious cups of tea. Then Astrid and I caught the MRT and meandered through the Botanical Gardens before embarking on yet another great brunch, set in amongst beautiful gardens. This was followed by an art exhibition and a micro brewery (yum!). Because I have wonderful friends, we were able to treat ourselves to a really nice dinner with Kristel and Pieter as well. Although it was sad not being with family and friends on my birthday, I had splendid day.

On our last day in Singapore we had planned to explore some more but were struck down with a severe case of site seeing fatigue. We knew the next day it was back to the road, to camping and being exposed to the elements. So we stayed inside, drank cups of tea, napped and prepared the bikes. Although our time in Singapore was brief, we both felt revitalised and ready to face the challenges of the road ahead. Love Jude 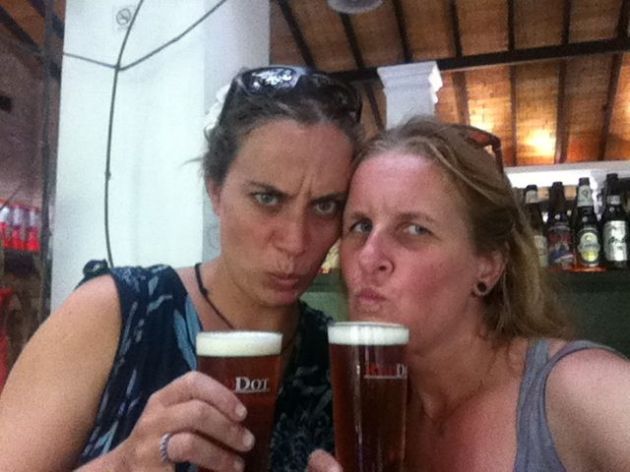 One thought on “A brief encounter with Singapore”