We decided to go to the Faroe’s almost on a whim. The ferry stops there and you can get off for 72 hours for the same price as going directly back to Denmark. So we thought why not?

I must admit by the time we were leaving Iceland the Faroe’s just seemed like another cold, wet place preventing me from getting back to summer and our enthusiasm was not at its highest.

However things have a way of working out and in the campground we met Torhallur, a native Faroese guy in his 70’s who’d been cycle touring on Iceland. After a few conversations he invited us to camp in his yard, which was soon upgraded to his living room.

The ever present (or so it seems) sea mist 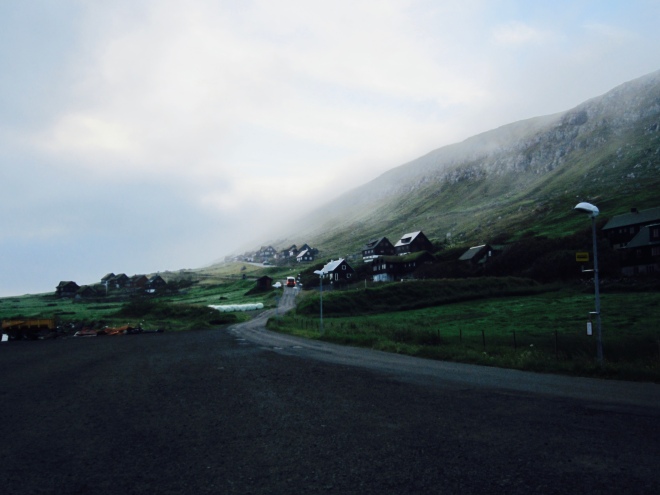 The ferry docked around 3am and while Astrid had been sleeping I had decided to ‘have a few beers’ with a German cycle tourist. This had turned into an all night whiskey drinking session. It seems you can take me away from London, but I haven’t quite shed my London ways. None the less, thanks to Astrid (who had packed up everything) we rolled off the ferry in a timely fashion and followed Torhallur into the damp and heavy sea mist. It’s always mildly discombobulating arriving at a place in the semi dark (darkness for the first time in months!) and this was accentuated by the cragged out lines of rocks and a swirling white fog. It seemed fittingly atmospheric in a place as remote and mysterious as the Faroe Islands.

Just off the ferry 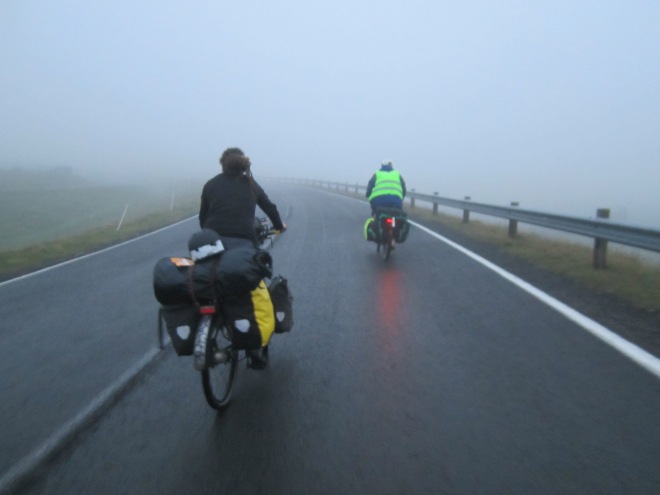 It was a 12km ride through sea mist and up hills to Torhallur’s place who lived in a traditional Faroese house. Inside his beautiful home the place perfectly reflected his eccentricities; all wood, books, antique furniture and high speed wireless Internet. We sat down to a mish mash of what was left in our panniers and strong coffee while Torhallur smoked a pipe. You can’t make this stuff up.

After a nap we caught the bus into the main town and capital of the Faroe’s, Torshavn. And then we marched in Faroese Pride. As you do. Seems we had arrived on the biggest weekend of the year. Not only was it Faroe pride, but it was also their national holiday Olavsoka. 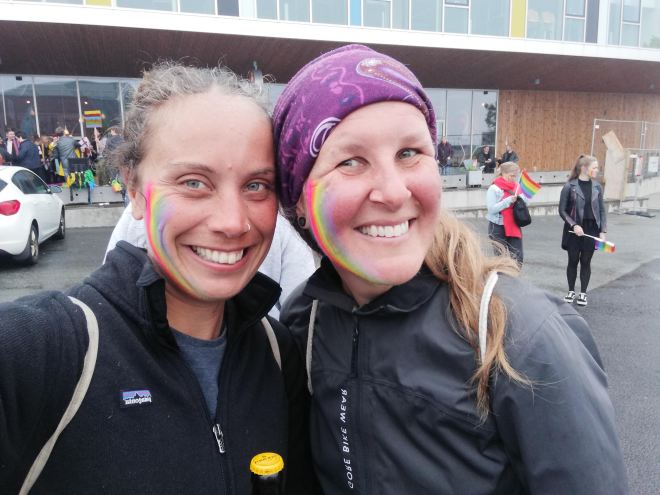 Olavsoka is a sporting and cultural festival and the opening of the Faroese parliament. Torhallur warned us it was actually a huge national drinking session. After marching in pride and listening to speeches none of which we could understand, we ate a falafel, drank a beer and caught the bus home. Torhallur chided us for being home so early but we wanted to save our energy for the following day when Olavsoka actually kicked off. 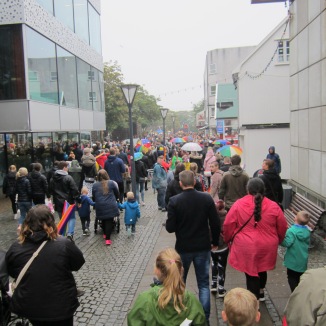 A calm morning preceded the chaos that followed. In the afternoon we pedalled our bikes into Torshavn so we would have a way of getting home (or so we thought). We were armed with a water bottle full of whiskey and a lot of enthusiasm. People were everywhere, walking around in their national costumes and the atmosphere was one of celebration and fun. We watched the boat races, walked around and just enjoyed the atmosphere. At one point we stumbled into an art gallery/printing press run by some friendly Danish people. After showing us around they invited us to share some food and drinks. A quick stop turned into a couple of hours of chatting and drinking as people dropped by the gallery. Some were locals, some expats, some Faroese who lived abroad. There was an interesting conversation about eating whales. A local man explained that they eat whales because they come directly from the immediate environment and only the ones that are not endangered. From an environmental perspective this does make sense. It’s like eating yaks in Tibet, a place where little else grows or can survive. While the Faroese aren’t as remote as Tibet, they are pretty far away with a seemingly rough climate and they must import a lot of their food. In many ways in makes sense to eat what is local (providing it is not endangered). Many people would feel more uncomfortable about eating a whale than say a cow, but frankly that seems quite speciest. Why is a cow’s life worth less than a whales? They are both sentient beings. I certainly don’t have all the answers and am still working this all out. Generally though I am uncomfortable eating any animal products. But it was interesting to hear and learn about this rather controversial subject. 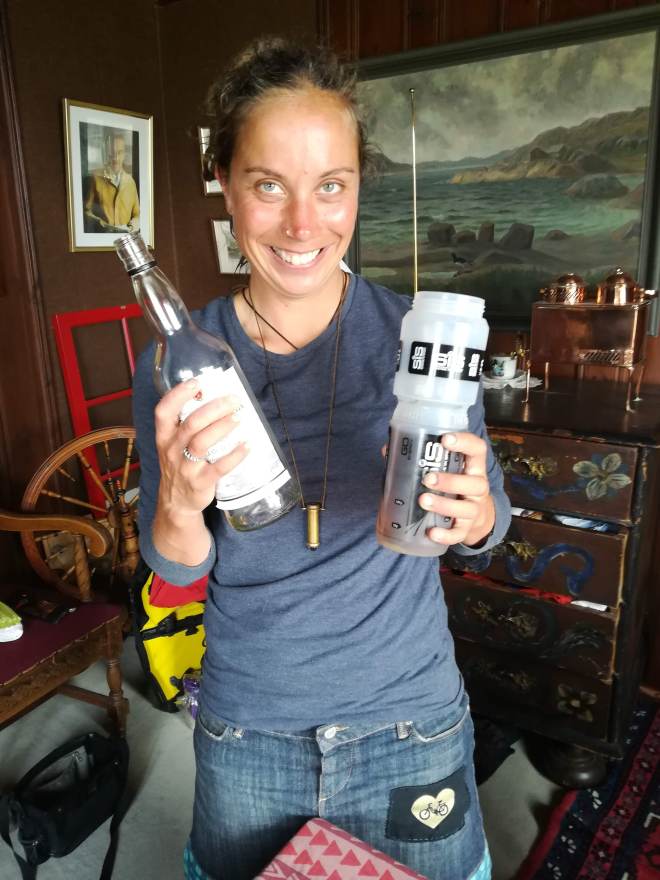 After 5 weeks of not drinking much, why did we think this was a good idea? 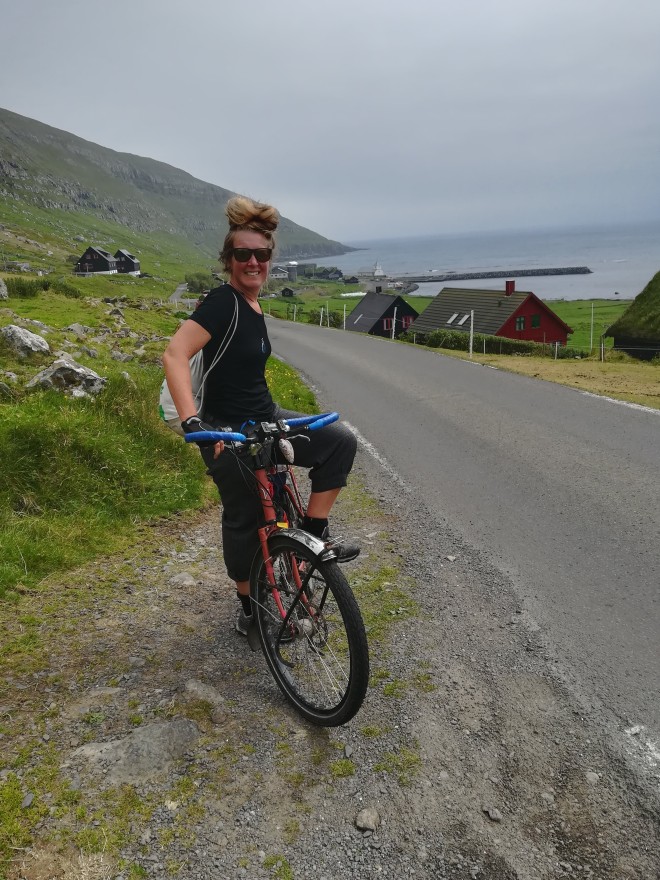 Looking cool on the ride in 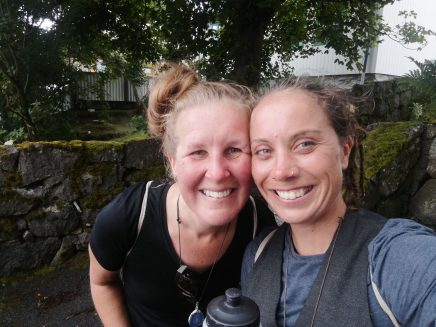 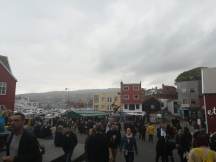 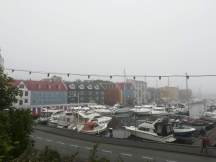 We moved on to a bar where Torhallur found us and took us visiting. There was a lot of food, too much aquavit, many lovely people and blurry memories. At some point Astrid went home. At another point I found myself walking the 12km home, having lost the key to our bikes and a fair bit of memory. 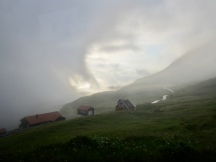 Luckily, we were able to retrieve the keys the following day (otherwise leaving would have proved difficult). After managing to squeeze in a visit to the national gallery we rode our bikes back to Torhallur’s and prepared to leave the Faroe’s.

Ready to go. Outside Torhallur’s place

What a lovely man Torhallur was to offer us a place to stay and show us a little of the life here on this remote string of Islands. I don’t think we could have asked for a better experience.

Torhallur was so kind to host us

Torhavn was already in full swing for it’s second night of festivities by the time we rolled into town to the ferry port. I was a little sad to go, I don’t honestly know if we’ll ever be back. It is a mystical, otherworldly place that certainly deserves more time. 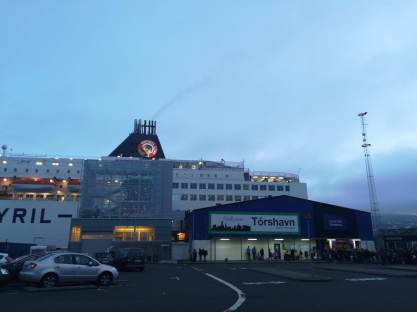 We secured our bikes in the now familiar spot and headed down to our dungeon dorm room and went for a much needed 12 hour sleep as the ferry gently sailed out of the harbour and towards Denmark and the half forgotten summer.

4 thoughts on “The Faroe Islands”